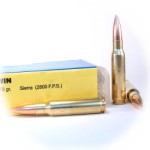 At the time of this writing, (04-05-11) Buffalo Bore has been making this 308 Win. Sniper load, for 8 or 9 years. It has become renowned for its accuracy and you can read independent third party test reports here. Until this time, I had neglected to write text on this web site for this load, so here are few particulars our customers may be interested in.

We do not produce this load for maximum velocity, but for maximum accuracy. Our production lots of this product vary in velocity as we search for the most accurate combination of powder/bullet/brass from varying lot #s. In my Springfield M1A National Match, (22-inch barrel) velocities from production batch to batch run between 2,640 fps and 2,700 fps.

While this load was developed for maximum long range accuracy, it has great value as a hunting load. The Sierra 175gr. Match King is a fairly soft bullet that Sierra does not recommend for hunting, however, at our 308 Win. impact velocities, it mushrooms nicely on deer sized animals. Of course, it mushrooms more violently at close range than it does at longer ranges. From 100 yards to 500 yards, it performs terminally just like you’d want a deer, black bear, antelope or hog bullet to perform. I would not shoot animals over 350 lbs with it, unless they were over 400 yards away, at which point the bullet will penetrate pretty deep because it is moving too slow to mushroom radically. This is a load I carry in my light weight bolt rifle (Kimber Montana) for general use and I have shot it a lot. If your rifle is accurate with this load, it is great for deer or hog hunting.

This load is safe for use in ALL 308 Win. chambered firearms that are in normal operating condition. 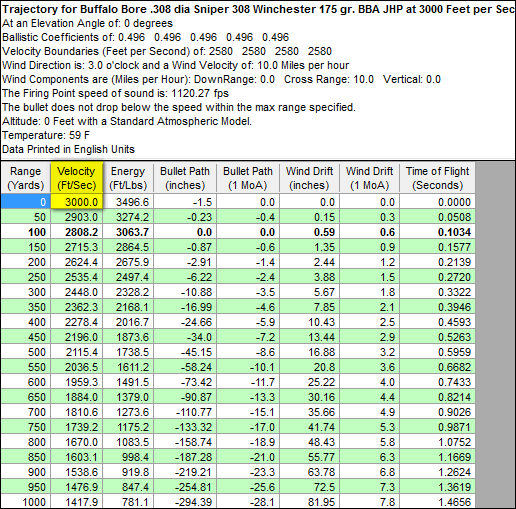 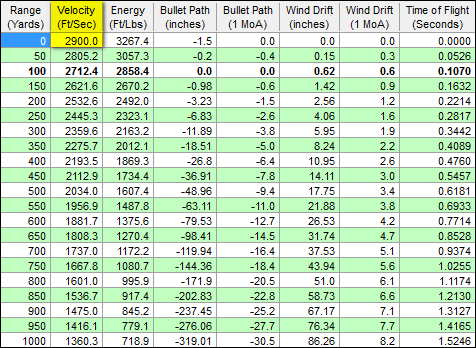 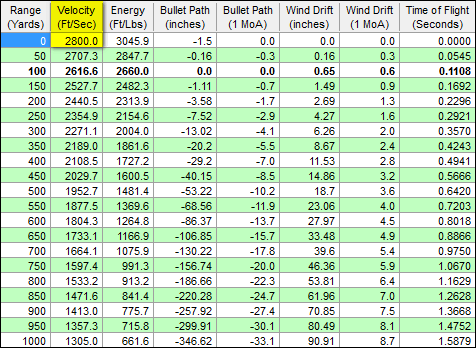 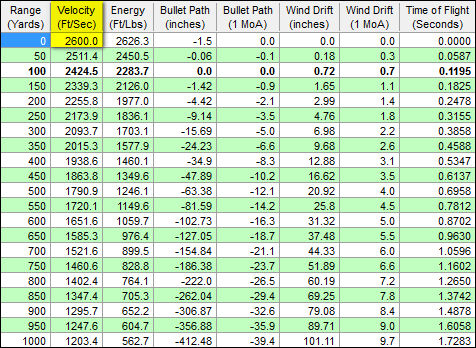 One box of ammo I received was shooting a little slower than the rest. Averaging a consistent 2680
FPS from my 24%u201D Kimber Open Country. After further chronograph testing all other boxes are averaging 2721 FPS. Shooting at 500 yds resulted in consistent .25-.5 MOA 5 shot groups. Ammo is superb.
Edward Billings on 04/19/2021 08:19pm

Tim, The ammo worked out great! My review of the rifle using your ammo can be found at the following link. I shot my best group ever with your 175-grain Sniper ammo. A 0.35" group at 100 yards. I am getting quite a bit of traffic at my site for people interested in my FNAR and I think these results speak volumes for your ammo. Thanks again! Kevin Cumbie
James Pelski on 11/15/2019 05:55pm

I have purchased bullets for reloading from a super guy named Frank from a company that produces the finest bullets on the planet in very large amounts from the finest equipment there is. He sells his bullets to a couple of bullet producers who load it in the very finest bullets on the planet for those of us who don't load our own, or don't always load for reasons of not having time to or as talened as those who do it every day like Buffalo Bore.
So I just want some of you who are not aware of this to know when you buy from B.B. that there is no better loaded ammo than what B.B. is selling you!!
Mike Suris on 10/11/2015 10:21am

Hunters,marksman,tactical shooters,target shooters and once in awhile shooters. This is your round if your looking for the best look no further don't fuss with FGMM if you want maximum accuracy weather its a TC pro hunter or a 5-R this is your round the search is over for dependability and performance.
curtis D on 10/04/2013 05:54am

I love this ammo with my LMT .308mws 20in SS BB Match. I am getting consecutively 7in groups dead center on steel at 1,100 yards

Shot placement and consistency of an extremely! well thought out hand load, great for sportsman, marksman, and long range hunters! sweet dreams down range
Awesome! Thanks buffalo boar
Ryan hernandez on 12/20/2011 10:54am

The ammo worked out great!

My review of the rifle using your ammo can be found at the following link. I shot my best group ever with your 175 grain Sniper ammo. A 0.35" group at 100 yards. I am getting quite a bit of traffic at my site for people interested in my FNAR and I think these results speak volumes for your ammo.

First time out with my FNAR heavy barrel, breaking it in with inexpensive hunting ammo and pleased with shot groupings.

Zeroed scope, cleaned rifle, loaded the Buffalo Bore and proceeded to shoot a nice semi-auto five-round group: 4 holes were sub-MOA @ 100Y, 14X on scope, 15 mph quartering headwind. Quit while I was ahead.

Read about Buffalo Bore on Quinn's "Gunblast" website. Glad I tried it!