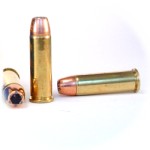 Due to customer demand, we've developed this defensive 38SPL ammo. Our customers wanted some devastating 38SPL loads that would fill the following criteria.

This load is flash suppressed, so firing it in the dark won't blind you. We use flash suppressed powder in our defensive ammo, in the loadings where we can, because over 90% of all civilian shootings in America occur in low light when the criminal element is at work. We don't want you blinded by your own gunfire after the first shot.

Item 20E utilizes a Jacketed Hollow Point 125 gr. Jacketed hollow nose bullet. This bullet is designed to expand at low speeds and has no problem opening up at considerably less velocity than our advertised 900 fps, from two-inch barrels. Penetration in human tissue is roughly 12 inches. Note my test velocities below from real world, "over the counter" revolvers - NOT TEST BARRELS! 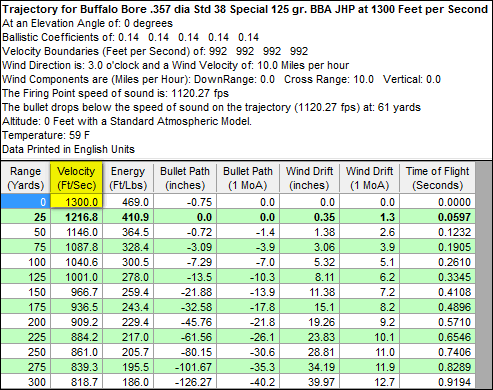 Accurate and powerful. Five shot average of 940fps out of my S