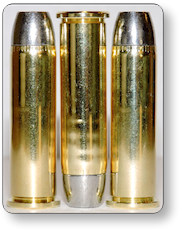 We don't recommend this ammo be fired in super light alloy revolvers as bullets may jump crimp under recoil, but the ammo itself hurt these super light weight revolvers. These revolvers are simply so light that the recoil is severe enough to cause jump crimp. 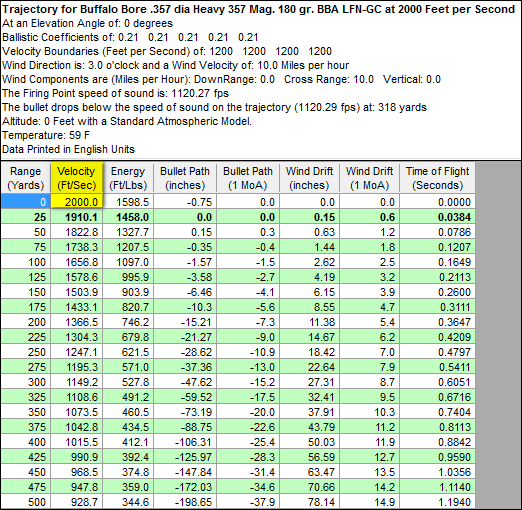 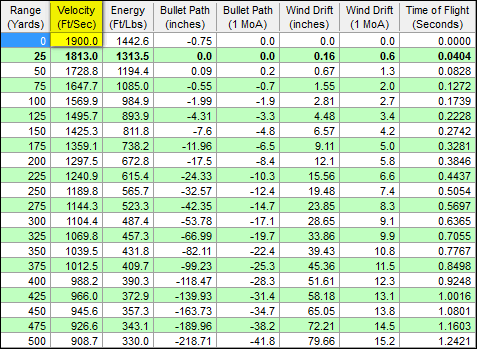 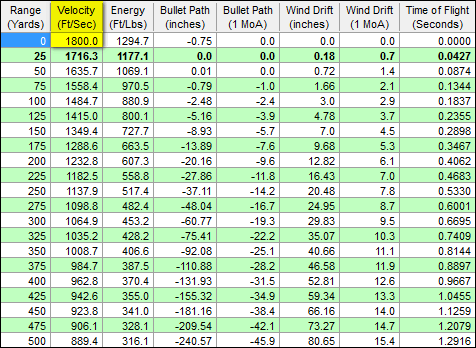 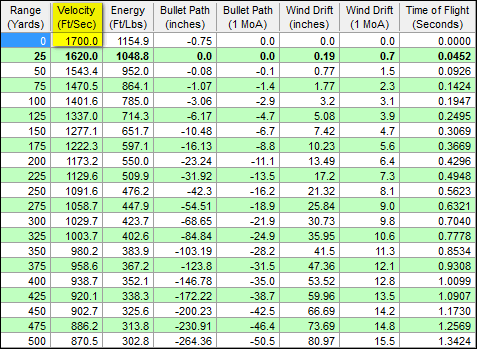 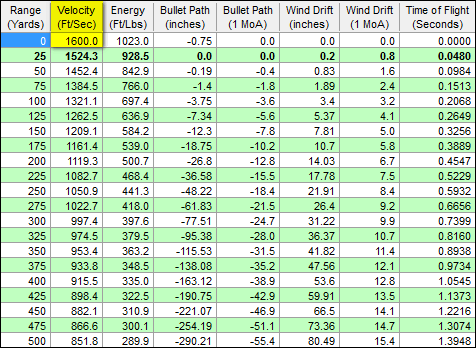 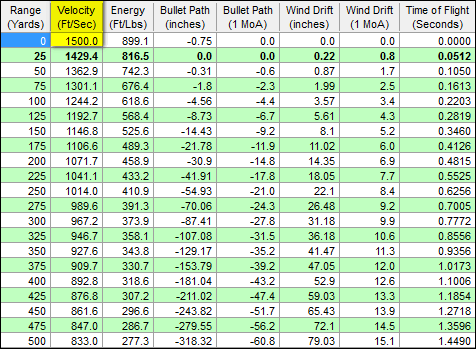 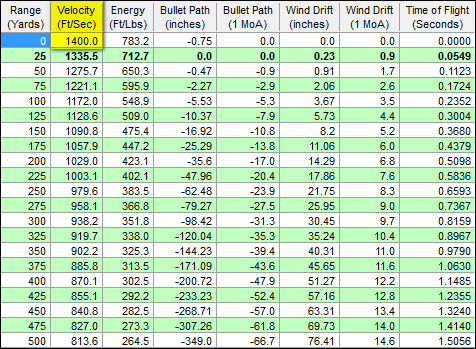 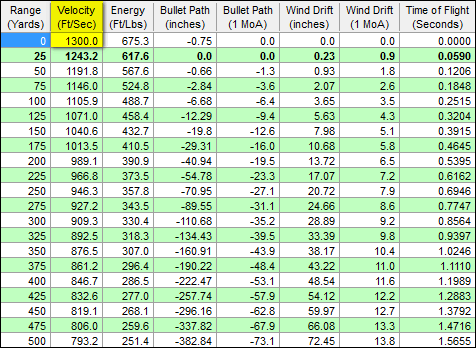 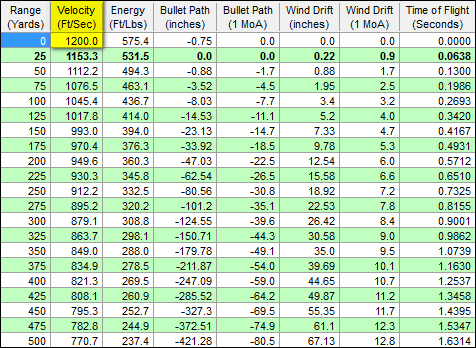 I can't remember ever shooting any major manufacturer's ammo every shooting the advertised speed. Always slower no matter the gun or manufacturer. You know that what you are buying is always a bit less powerful than what they say.

Not the case with buffalo bore.

This 180 grain hard cast didn't have specific information for a6" gp100. I was estimating (hoping) for 1600fps. This exceeded my hopes.

I've shot about a dozen rounds of this. It kicks for sure. Truly a magnum load and glad I have a big 357 with full underlug but it's manageable for its use as a hunting cartridge. No signs of excess pressure or issues for the gun.

These rounds WILL get your attention at the indoor range. S&W 627/4%u201D sounds more like a .44, and the cylinder flash is amazing!

I have quite the hog problem on my middle ga property. I use these in my Browning 92. At around 1800fps from the 92 (lab radar verified) they are pure poison on the pigs! I yet have been able to recover a bullet, doesn%u2019t matter on where they are hit, one hole turns to two!
Great stuff
Michael Garofalo on 02/07/2021 06:53am

I shot .357 magnum heavy buffalo bore ammo from my EAA Windicator snub nosed. My heavy revolver handled this fine. I conducted my own experiments on what I could expect and I was impressed. Bears .stay away.
Mark on 12/29/2015 08:23am

I'm not the best and by far not the worst handgun shooter. This ammunition is the real thing. It don't play! Be ready to adjust your sights. This stuff is moving out when it leaves the barrel so, logically, it won't hit the same spot as the toy stuff. Set it and forget it. These monsters will stack! Gonna order some 125 HPs for home. ME over 800 out of a .357. MEAN!!!!
Thomas Johnston on 05/23/2015 07:14am

Good stuff! You can feel the power of this ammo but the recoil was perfectly manageable with my Ruger GP100 with the special edition 5" barrel. In fact, the recoil was not much harder than some fairly hot range ammo that I have. That ammo has a lighter bullet and a faster MV but the bullet isn't intended for the serious work this Buffalo Bore ammo is designed for. My wife may carry my GP100 loaded with this ammo when we are in grizzly country in the coming weeks. I'll be carrying my Ruger Vaquero (old) loaded with Buffalo Bore ammo. If you are interested in that ammo, see my other review. Whoa baby!
Mike Pace on 11/24/2014 01:08pm

As I like to hike the mountains of Western North Carolina , and it is not uncommon to run into wild hogs and the random black bear , although it is the two-legged varmints that worry me the most . I purchased the heavy 180 grain load and I will tell you they do inspire confidence . Also , they are quite accurate , shooting under two inches at 25 yards out of my Ruger GP 100 . This is a great product !
Frank DeYoung on 11/08/2014 07:45am

fyi; I had to kill a couple of beef for a friend they were about 500lbs on the shy side. I shot one with BB 180 hard cast out of a 4" 686 at 10 yards face on. I wanted to find the bullet. We after just shy of 36" of penetration. You read it right 36". Wow BB what a great product. I will carry it into bear country. No matter what you still have to hit the spot no matter what you carry.

I shot 5 total rounds of the 180 grain lead cast loads through a Ruger LCR at AR 500 steel at approximately 10, 20, & 40 yards. It was not fun by ANY stretch of the imagination, but it is my chosen combination for a pocket pistol while backpacking in Arkansas. After each shot, I inspected each round for crimp jump. Somewhere between rounds 2 & 3, I discovered 2 rounds had jumped crimp approximately 1 mm as compared to unused rounds from the box. This caused no issues with cylinder rotation, and all 5 rounds functioned flawlessly. At 40 yards, rounds impacted about 1 foot above point of aim. I am confident with carrying my chosen combination and hope to never need it.
Mike S. on 12/26/2013 01:54am

My wife carries a Colt Lawman Mk III when we're camping and hiking. I bought a box of these Heavy 180 gr. Buffalo Bore rounds to give her the most power in that revolver. I've been able to load up some potent .357 rounds myself, but nothing like these. Out of curiousity we chronographed one of these heavy BB rounds. Out of her 4" J-Frame Colt this round gave us a solid 1,350 fps. I was expecting 1,300 so I was delighted. Recoil is snappy, but not punishing. Because of the cost we only fired 4 rounds, but accuracy seemed pretty good. The Lawman Mk III isn't a very big gun, but this 180 gr. Heavy 357 Magnum load is still very manageable. I'd like to see this load with a semi-wadcutter, but that's just my preference. This is a fantastic load!
Jennifer Thomas on 07/12/2013 11:12am

A real eye opener. Living on the edge of the National Forest I can't think of a better round for my Security Six. With a 6" barrel I have accuracy and punch. This may or may not stop a bear, I hope never to find out, but I feel much better in the woods with my Buffalo Bore at my side. My thanks to Tim
Don Bedford on 06/22/2013 08:55am

I found the Buffalo Bore 158 grain 357 Magnum load to be a very effective, accurate, and powerful load for the 357 Magnum revolver. Despite "hear-say" that the 357 magnum is not powerful enough for deer sized game, with the Buffalo Bore offereings, you'll find that arguable statement ot be a myth at best.

It almost goes without saying, but these 357 Magnum offerings from Buffalo Bore are also fantastic defense rounds, and more than capable of one-shot/stop the threat immediately!
Payton Varnadore on 05/03/2011 02:42pm

As with the .380 I've ordered, this 180 grain ammo is great. Very accurate in my Security Six and with power to spare. I was hoping to carry it in my SP101 as a back up against hogs when turkey or quail hunting, but my accuracy there was not great. Possible the 2.25" barrel just couldn't stabilize this hot round as it seemed to keyhole a bit? Still great ammo, so I'll use it in the woods in my Security Six.
Mark DuBose on 02/18/2011 01:08pm

I bought a box of this ammo for short range whitetail deer hunting for my Ruger 4" GP100. When I first shot this round I was expecting recoil to be very very stout. I was pleasantly surprised when I found out it really felt no different than regular 158 grain .357 loads. I can think of no better loading for woods carry and short range critter protection for the lower 48 states.
Brian on 10/31/2010 06:59pm

Thanks for a great product. This past weekend I bagged a 110 pound doe and a 200 pound hog with my New Model Blackhawk using your 180 grain heavy 357 magnum ammo. Neither animal took another step. I was a little concerned after reading many peoples opinion that a 357 magnum is not powerful enough for deer and hogs. Not any longer. I will not hesitate to use my 357 with your ammo in the future. Thanks
Bob Schultz on 04/01/2009 02:51pm